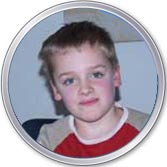 Want to know how to win a Risk Game? Well you’re in luck. Here is the first in a series of strategy articles about How to Win Risk. Online Risk can be very different than the standard board games, so here are some winning strategy tips to get you started.

How to win Risk game online?

Anyone who’s played the boardgame is familiar with the “classic” Risk map, and some people may have played the variant editions that presented different maps. But those maps are but a mote in a storm compared to the vast number of maps available across various sites. Every site has a variant of the classic map, but most sites have a library of additional maps, either site- or user-created, that range from the simple to the fiendishly complex. There are also players on those sites that prey upon newcomers unfamiliar with the more complex maps. So to begin with, you might want to stick to the classic Risk map, or similar basic-gameplay maps, until you get your feet wet.

The most variance in game settings to win risk game you’re likely to see in a tabletop game of Risk are glorified house rules, like different card values or random allocation of starting territories. Online game allows for settings that would be impossible in a board game, such as fog of war or simultaneous play. Some sites allow so much customization of the game experience that there are literally thousands of different permutations. While these advanced settings can be a great deal of fun, they also present a trap for the newcomer, in much the same way that complex maps do, so I’d advise playing with the most basic (i.e. most boardgame-like settings) available, which for most people would be 3-6 players, sequential play, escalating cards, and chained fortification.

Know the site that you play Risk online

Every site puts its own spin on Risk, certainly, but every site has its own iconography and jargon. It’s worth spending a little time between turns looking around the site and familiarizing yourself with its various aspects. In particular, learn how ranks work, so you’ll know if your opponents are newcomers like yourself or highly-ranked veterans looking for an easy meal. Also, every site has a slightly different interface for dealing with the game board, so make sure you know how it works so that you can eliminate easy mistakes, like attacking the wrong territory or accidentally advancing armies.

Even as an online Risk newcomer, you don’t want to make it easy for opponents to defeat you. Always have a plan, even if it’s something as sketchy as “in a few turns, I’ll be able to kill that opponent and steal his cards” or “I’m going to lay low and let those two guys fight over South America, and then sweep in when they’re weak”. Every move you make should serve as a means to an end. Don’t attack foolishly, especially if you have 3 armies or fewer to attack with, since you won’t be able to attack with full force.

Even when things look darkest, there may be a play you can make to turn the tide. Don’t let opponents intimidate you, regardless of how highly they might be ranked or how many games they’ve played. And always try and learn something from every game, win Risk game or lose. Even the best online Risk players started right where you are, as a newcomer, and who’s to say that with smart play, you won’t become one of them?